And don't call Galaxy on Fire 2 iPhone a port 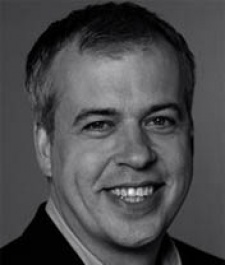 August 17th, 2010 - 02:59pm
By Rob Hearn, Managing Editor
Speaking at GDC Europe in Cologne, Fishlabs CTO Marc Hehmeyer has revealed some of the issues the developer faced in bringing Galaxy on Fire 2 to iPhone and iPad.

While iOS devices were the subject of his talk, Hehmeyer fielded questions about other platforms.

"Fragmentation is an issue" on Android, he said, and it would be a mistake to "underestimate Nokia," whose handset range will continue to be a serious rival to Apple and the various Android devices.

During his talk, entitled 'From J2ME to iOS: Galaxy on Fire 2 on the iPad and iPhone', Hehmeyer stressed repeatedly that the latest Galaxy on Fire instalment, due on the App Store this October, is "not a port."

The extent of work involved in porting  sorry, adapting  Galaxy on Fire 2 for iDevices means it's effectively a whole new game.

Hehmeyer also talked about the growing issue of iDevice fragmentation.

As of July 2010, he said, around 50 percent of iDevices use OpenGL ES 1.1, and 50 per cent use OpenGL ES 2.0, for which reason Galaxy on Fire 2 will be playable on all but the first generation of iPhone and iPod touch.

Illustrating the range in performance, he pointed out that in the first iPhone only 20MB was available for graphical assets, as opposed to 256MB in the latest devices.

On the subject of sales, Hehmeyer revealed that Fishlabs had sold around 2 million J2ME games through more than 160 portals since 2004, while it has sold around 30 million games on the App Store in the last two years.