March 3rd, 2012 - 04:02am
By Keith Andrew
London-based Strongman Games has entered into a partnership with BBC Worldwide to launch a mobile version of Flash release Ka-Bloom across iOS and Android.

The deal, which will see the physics puzzler roll out on iPhone and iPad first this March, represents the first time the corporation's commercial arm has launched a creator-owned IP in the mobile space.

"I'm exceptionally pleased and more than just a little surprised that a behemoth such as BBC Worldwide would take interest in and commercially back a game about a gem-eating space flower that blooms explosively when his consciousness has sufficiently expanded," said Erlend Grefsrud, creative director at Strongman Games.

"We didn't even approach them with Ka-Bloom - their eagle-eyed games team spotted it all by themselves and obviously saw what we had tried to do." 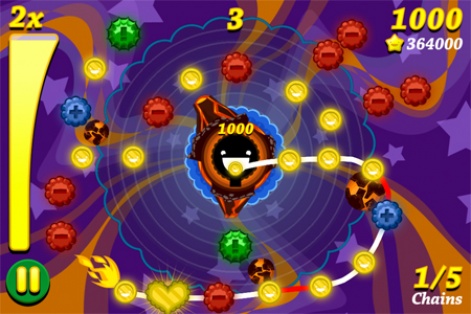 Ka-Bloom was originally released as a free Flash game back in June 2010, though the studio states it had always been designed for a touchscreen interface.

Grefsrud claims its journey to mobile is as a result of a unique relationship with BBC Worldwide, with the corporation both financing its development and serving up resources for quality assurance (QA), localisation and testing facilities.

"So by grace of some higher power, possibly a gem-chomping space cauliflower, we were brought together over beer and found each other's souls glowing with determination and purpose," concluded Grefsrud.

Reply
Erland Flaten
Should be the Game Mathias made music for. I think so.
Posted 3 weeks, 5 days ago