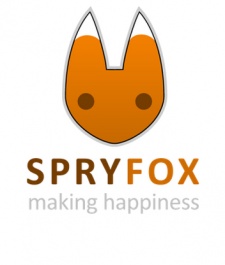 "That should have been our first red flag."
Triple Town may have amassed a loyal and far-from-small following since launch, but according to Spry Fox, it isn't the "massive, massive success" people frequently think it is.

The main reason? It's not a multiplayer game.

That's why, Edery revealed, that it's unlikely Spry Fox will focus on developing a single player game in the near future.

Multiplayer, he claimed, is where it's at if you're looking to make money.

"A lot of people have made the assumption that Triple Town is some massive, massive success," said Edery candidly.

"It's not  it does okay. Our revenue rates tend to top out at $4-$6 per person. It does better on mobile than Facebook, but it's not a massive hit." 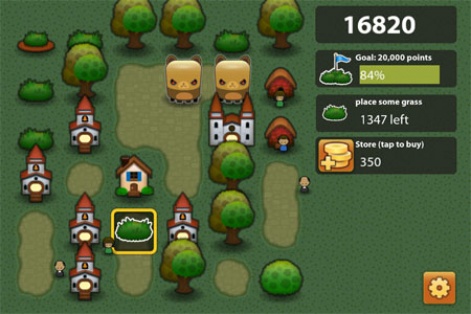 Edery claimed that it's "so, so hard to make money from single player games", with the studio "hitting a wall" every time it tried to add a feature to Triple Town that players would be willing to part with cash for.

"People zone out in single player games  why would they spend money to improve their performance? The joy of the game comes from doing better without spending money," he added.

"The games people spend money in are multiplayer  people like to show off to their friends. We sell things in Triple Town that makes the game prettier, but who cares? No one else ever sees it."

That's not to say that Spry Fox hasn't learned from its Triple Town experience, of course.

One important tip developers should take on board, Edery added, is not to get too wrapped up in using an in-house engine or spending time and money on things that will add polish later on.

A developer's first priority, he said, should be ensuring that the core mechanic behind whatever game florishes works and is fun.

"Don't spend too much on some flash tech that may pay off later on  your first priority is working out if the core mechanic works, so use something simple and easy like Unity just to get going," he added.

"It doesn't take using a hand crafted engine that took 10-12 months to make to create a game people love."

Another tip? Try not to listen too much to what your customers say. Instead, focus on what they actually do.

"If you just react to what your players say all the time, you could get yourself in a lot of trouble," said Edery.

"What they say is just what's in their head at the time. However, users griping on forums is almost always a good signal  it almost always tells you something is wrong. But the solutions they come up with don't tend to work."

Besides, if you've got the core mechanic of the game right at the start, it's far easier to right any wrongs later on.

"The hardest thing with F2P games is finding the one core mechanic that you can explore and make fresh for years on end," added CCO Daniel Cook.

"What you need is a continent of play space. With one of our early prototype games, we made the mistake of playing around endlessly with tiny bit of land we'd made, and not exploring the wider continent of fun."