Scott Steinberg steps up to become GM for Phoenix Online 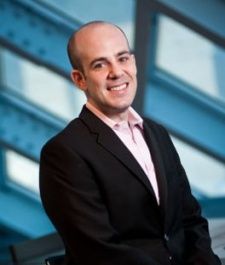 Narrative-focused developer Phoenix Online Studios has announced the promotion of Scott Steinberg as its general manager.

Known for titles such as Moebius and Gabriel Knight: Signs of the Fathers 20th Anniversary Edition and the forthcoming Face Noir and Cognition: An Erica Reed Thriller, Phoenix has studios in San Jose, USA and Mumbai, India.

Once upon a time

"His track record for producing and publishing the type of deeply engaging and engrossing games that today's players adore will help us continue to grow and build the kind of rich,story-driven next generation experiences that millions know and love."

"I look forward to teaming up with the company, and many of gaming's best and brightest storytellers both inside the company and out, to create the kinds of intelligent and thought-provoking games that today's fans demand," Steinberg echoed.