Vladimir Funtikov on how to fight without the funds 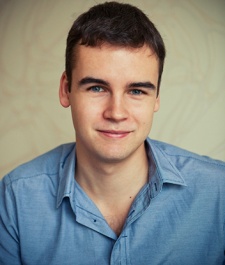 "Game publishing is the same as any other business," opened Vladimir Funtikov  co-founder of Drag Racingdeveloper Creative Mobile  during his talk at this year's Casual Connect Europe in Amsterdam.

"The only difference is, we've seen an explosion in this industry  iPhone taking off and everything. The truth is, it's going to get more balanced over time. Eventually, this industry will be like any other industry  more stable and more secure. So, we can learn from other industries."

Funtikov's comments, though seemingly unnerving, were actually designed to reassure other indies in the room.

His assertion that the mobile games industry will soon resemble all other stable markets means that there's lots of source material out there when it comes to marketing without massive budgets.

Or, to use Funtikov's take on this, 'guerilla marketing'.

Guerrilla marketing is the strategy of using off-the-wall marketing techniques to create mass interest in an idea or product without paying out huge chunks of cash. The key is creativity.

"For example, with Nitro Nation, we came up with this of restricting access to an early beta to create the idea of limited supply. We gave away 1,000 keys to gain access to the beta at Gamescom, and these people then started bragging about it on social media.

"Suddenly, all their friends were like  what's happening here? We even had people saying that they'd been playing our games for years and asking why they hadn't been given access to the beta."

Straight after GDC, 6,500 people had signed up for access to the beta. That number eventually hit somewhere in the region of 100,000.

What's more, developers can even stumble into guerilla marketing campaigns without realising it. Have you heard of a little game called Flappy Bird?

"Flappy Bird has the characteristics of a viral video," stated Funtikov.

"It wasn't intentional guerilla marketing  it was luck  but you could easily create something with similar characteristics and trigger the same effect. With a game like Flappy Bird, virality kicks in big time.

"And then, the guy promises to pull the app and what happens? He got millions more downloads. Now, I'm not saying this was on purpose, but someone could easily copy that and see a similar boost."