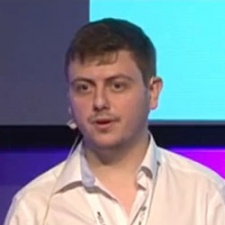 According to Budagaschwili, it's all about biding your time, playing the long game, and having the patience needed to only strike when the iron is hot.

Of course, if you can sink millions of dollars into UA, then that advice probably doesn't apply to you. If, however, you don't, you should probably listen to what TrialPay's discovery guru has to say.

"How are you going to get your game discovered?" asked Budagaschwili, "One answer is, of course, to spend a lot of money, but not everyone has millions of dollars they can spend on UA and promotions."

"So, if you develop a game for Facebook, for example, you can do it in Flash, which is easy, you don't have to submit it to Apple and hope it gets approved, you don't have to update it a lot, so it's very easy to launch, program, and test it.

"It's also easier to promote, because on Facebook, on Kongregate, on Steam, there are a lot of promotion possibilities, which, in some respects, means it's better to develop for desktop, because everyone is in mobile, and everyone wants to do apps."

By tapping into a market others have deemed lacking, Budagaschwili argues that you can actually get ahead of the game. Using the likes of Facebook, Steam, and Kongregate as a springboard to greater things.

"So, we think that building an audience on platforms with less competition just makes a ton of sense. If you have a game and you want to acquire users, there are a lot of ways to do this.

"Some platforms, such as Facebook, allow you to send your web users to the mobile game using a feature called 'play on phone'. We have been doing this as well, because we are monetising the games on Facebook, and it's working great. People accept it, and it allows you to reach a fresh audience."