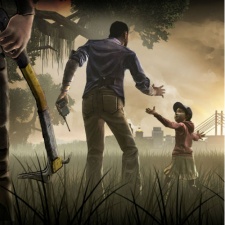 You’ll normally find Lionsgate pouring cash into TV and film hits like Weeds, Orange is the New Black and The Hunger Games, but it’s now just invested a “significant” amount in Telltale Games.

The exact amount has not been disclosed, but it’s a clear signal that Liongate’s newly formed games division means business.

Since April 2014 under the leadership of Peter Levin the company’s games group has focused mainly on the mobile games space and is behind titles like The Hunger Games Adventures.

Variety reports that this new deal with Telltale means that the two companies will work together to co-develop titles that can be turned into movies and TV shows, with Lionsgate CEO Jon Feltheimer set to join Telltale’s board of directors.

“Lionsgate is one of the most innovative, entrepreneurial and impressive content companies in the world today,” said Telltale CEO Kevin Bruner.

“I’m delighted to welcome an experienced executive like Jon, a leader who shares our unique vision, to our board. Lionsgate has a great track record in developing and marketing feature films as well as platform-defining premium scripted television.

“This partnership will accelerate Telltale’s ability to create not only original games, but episodic television series based on our game properties – an area at the cutting edge of industry growth.”