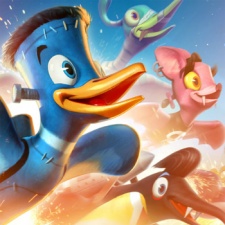 The latest mobile game developer in the Finnish production line is off to a good start.

Described as having "fresh physics based controls", Oddwings Escape has been released on the Apple App Store, racking up over 1 million downloads in its first six days.

Available in 15 languages, such as Russian, Polish, Portuguese (Brazilian), Dutch, Turkish, Japanese, Korean, Arabic, Chinese and the EU5, it's been particularly popular in eastern Europe and the Balkans going top 5 in the download charts in Poland, Russia, Romania, Latvia, Lithuania, Slovakia, Hungary, Bulgaria and the Czech Republic.

Indeed, in total it's gone top 10 on iPad in 87 countries and on iPhone in 73 countries.

"Hitting one million downloads in just 6 days is truly amazing and the overwhelmingly positive world-wide feedback from the players is very encouraging," echoed CEO Timo Soininen.