Makes his argument at GDC Europe 2015 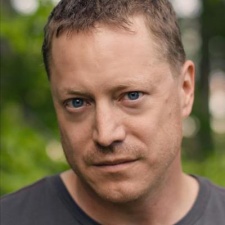 The top grossing iPhone games in the US generate over $1 million a day.

But when you look at the Kids category, the top games don't even make the top 100 top grossing charts.

For example, one #1 top grossing game in the Kids' category in the US generated $8,730 a day from iPhone; that's less than 0.5 percent of the top iPhone games

And that's the issue Clark Stacey, the CEO of US developer WildWorks dealt with in his GDC Europe 2015 talk From Web to Mobile in the Kids Games Market.

The reason Stacey is interested in the question is because WildWorks is about to launch Animal Jam Play Wild, the first mobile incarnation of its #1 kids browser community Animal Jam.

It also has an in-game currency, which you can buy, but subscribers get this for free, meaning currency purchasing is not a big revenue stream.

When it comes to mobile monetisation, however, Clark pointed to some key issues with the options WildWorks is facing.

Be very wary of consumables. I've not seen it done ethically yet.

You can't run subscription models for games on iOS - which he would like - while paid content for kids games is only good if you have a large number of paid and free games, and a growing portfolio that you can cross-promote i.e as practised by companies such as Toca Boca

This isn't the case with Animal Jam, which is a deep online world, with substantial operational costs.

Yet, when taking about IAPs and kids, Clark didn't take the view that kids and IAPs don't mix at all.

Instead, he highlighted the difference between consumable purchases and digital items.

"Be very wary of consumables. I've not seen it done ethically yet," he said.

One additional reasons for caution in this area is that children are biologically ill-equiped to handle the F2P model because their brains don't develop properly until they are teenagers.

In this way, Animal Jam Play Wild is launching with just two IAPs: a fox avatar for ($1.99 and Tree House Den item bundle for $3.99.

Obviously this means the mobile game isn't going to generate anything like the average $70 that WildWorks generates from average via the web version.

Stacey argued that his approach isn't built on monetising whales, however.

Indeed, he argued that developers to have to take a much more sensitive approach to how they employ their business model.

"When a child buys a car in a game, it's not cool to ask them to buy fuel to play with it," he said.

Similarly, Stacey was keen that developers think about how parent fit into the situation.

"Parents are not friction for your IAP. They are your customers too," he stated.

"You don't want the only parent-kid dialogue around your game to be about buying things."

In this way, while the top grossing games in the Kids category will never match the likes of Clash of Clans or Candy Crush, Stacey was optimistic that a solid and ethical business could be sustained.

"I think there's a big opportunity for games that have a clear spending cap," he said, also pointing out that WildWorks' plan is to build a wider mobile and web games platform that will include video advertising as well as licensing and merchandising potential.

Stacey ended with the thought experiment all developers for kids games should consider.

"If this [game] was a toy and I sold it to a parent, would I want to run away before they opened it?" he said.