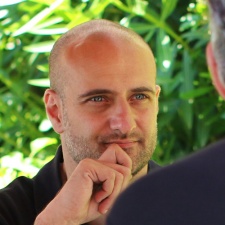 “We always assume that niche is a negative word, since it means small and not financially rewarding,” begins Marco Minoli of Slitherine, the studio behind Panzer Corps and Battle Academy.

“This is totally the wrong perspective. Our niche is war gaming, and we’re a globally successful company from it.”

Critically, Minoli says that these players are passionate, dedicated, and invest heavily in the game. Their fandom is lucrative, but sparking their interest is no mean feat.

“Capturing a niche is a science and requires a lot of time. You have to look at behaviours, know your target audience, and the size of the market,” warns Minoli, pointing to his five key rules of the niche, helpfully organised as N.I.C.H.E.

The first rule is “Near.” Develop a game that is close to your own interests, and ensure that you are an expert in what you want to make.

The second is “Innovative.” Slitherine released five Napoleonic games this year to mark the anniversary of the battle of Waterloo, which means “for the first time ever WWII is not our best-selling game. Think of a little thing that captures the imagination of your niche audience."

Another rule is “cool,” that is, understanding that while “most people think our game is weird, to our audience it’s the thing that they want.” This leads into the rule of “help” – that your players can give their opinions and hints on what they want from the game you’re developing.

Finally, it’s important to consider “expression.” Minoli encourages developers to learn and use your players’ language, learning all the acronyms, slang, and words that they use to express themselves within a niche.

Making games to be shared: Qaos Games on how to develop for virality