Mitchell Smallman on the watching economy 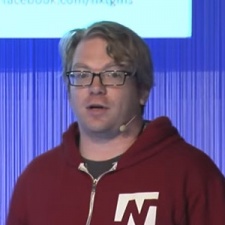 At Pocket Gamer Connects Helsinki 2015, Mitchell Smallman from Next Games spoke about the power of incentivised video ads.

For its debut game Compass Point: West, 75% of players watch an incent video ad every day.

And Next Games is generating $0.06 ARPDAU from its audience.

Smallman gave three pieces of solid advice for developers looking to make the most of the opportunity.

"Make sure your ad is providing something that players want," Smallman said.

"Over value the ad for your players."

This helps you showing repeat ads.

"It's a lot more work but it's worth it," Smallman explained.

"You don't want people to have the opportunity to watch 10 ads in a row."