It's time for N3TWORK to launch its debut ultra mobile game; Mafia Watch 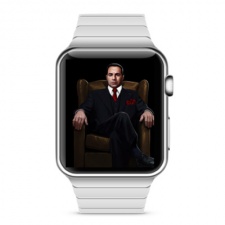 Despite the relative failure of Apple's wearable as a gaming platform to-date, N3TWORK reckons that the game's lightweight gameplay combined with a deep MMORPGs meta-game - and the new native functionality of Watch OS2 - will find and engage a new audience.

One key element is short PVP missions for items, something described as a PVP Collect and Protect mechanic.

More generally, the game also uses more lateral social element such Siri dictation and message shortcuts to collaborate and communicate with in-game and Facebook friends, as well as interacting with other players to complete missions.

"With Mafia Watch, I wanted to create a game that built off of our daily rhythm of interactions with Apple Watch, something that had great gameplay but that could be played 20 times a day instead of just a couple" said designer and producer Takeshi Otsuka, who also designed Japanese F2P hit Kaito Royal.

"We've eliminated long play sessions by creating a game that gives players the ability to engage, have fun, progress and move on with their everyday lives in the matter of moments."