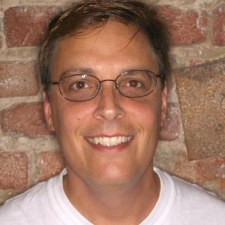 Founded in Austin, Texas in 1987, Pangea Software was a developer of games for Apple computers back when that wasn't something that every game developer did.

Indeed, it was founder Brian Greenstone's passion for Apple that lead him to support iPhone game development when the scene was just starting out.

With games like Enigmo and Cro-Mag Rally, it was one of the first developers to define what iPhone gaming was all about, and was also in the first wave of games to support in-app purchases, and app bundles.

All-in-all, it released 17 iOS games, and generated serious money in the process.

Of course, since 2008, the market has been much more competitive, meaning that effectively one-man operations like Pangea have found it harder to succeed.

And that leads onto to Greenstone's decision to retire from programming, and sell Pangea.

"I will continue to support and update the existing games, fix bugs, and improve features here and there as time permits, but I will not be doing any new development," Greenstone says in an open letter.

"My hope is to find a buyer for Pangea Software who can continue to move things forward - hopefully in ways I was never able to.

"In a way this as a 'Willy Wonka' situation because I'm not just going to sell Pangea Software to the highest bidder. I'm more interested in finding someone who will treat the company right, and make it better than it ever was before.

"Pangea still has a decent revenue stream, and lots of IP assets, not to mention a contact network that many developers would cut off their right leg to get.

That was the year that was: Brian Greenstone, Pangea Software