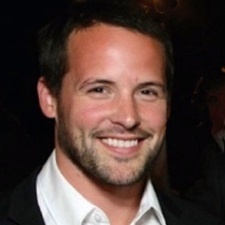 Driver co-founded the firm in January 2011, and has been at the helm ever since.

In 2015, the firm released Yahtzee with Buddies and The Walking Dead: Road to Survival - the latter of which has just hit a milestone of 20 million downloads, and featured among the top 25 grossing games on the App Store and Google Play consistently.

Later in 2016, Driver and his team at Scopely will be launching WWE Champions.

Scopely is also currently hiring for a number of roles.