It looks like there's trouble brewing in Game of War.

MZ's billion dollar mobile strategy game is now perhaps best known for its blanket advertising campaigns, but in the three years since it went live, it's become a powerful money-making machine.

Indeed, it's been calculated that an individual player could spend $120,000 in the game and still have things to buy.

It's also been estimated that the average revenue per paying user is $350.

And it's the game's monetisation that is at the heart of a current protest.

It's been triggered by a change in the game (a new March level 15), which some high level players are calling "exorbitant".

The result was a one-day boycott of IAPs, which was agreed by a number of Kingdoms (guilds).

"There is a general feeling that Machine Zone are not playing fair and are adding to the game for the sole purpose of wringing more money out of us," one player told PocketGamer.biz.

This isn't the first time we've heard of discontent in large mobile games, nor, Game of War, which has a reputation for aggressive monetisation and inconsistent customer support.

Indeed, PocketGamer.biz also been told of issues with players trying to communicate with Machine Zone over general gameplay issues in Game of War and receiving unsatisfactory support, if anything at  all.

"We have many issues with lack of response, closed tickets without issue resolution, lack of knowledge of the product and so on," another player, who says he's sent over 100 email to the game's support team, told us.

On the other hand, you could argue some level of discontent is a byproduct of running a successful game-as-a-service.

What really matter is how such people are dealt with.

Angry high level players aren't something any game should ignore, and with further coordinated boycotts planned, it will be interesting to see how the situation develops.

US Librarian spends $89,000 of public money on Game of War 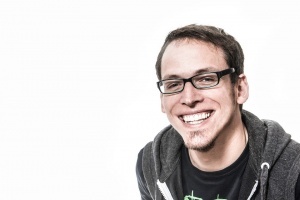 Reply
Robert MacDowell editor at Abstracto Inc.
When someone develops games then their most precious "client" is a gamer. People who devote time playing developer's game, investing their emotions and more often than not money. You have to listen to the gamers, evaluate their opinion, pros and cons and try to make them happy. They are the source of income and that's why you make games in the first place, right?