Duo plans to get prototyping games with small teams 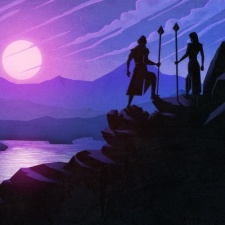 The founders of Activision-owned studio Vicarious Visions have left the company after 25 years to form another development studio.

Brothers Guha and Karthik Bala had worked at Vicarious since 1991, developing titles in big franchises such as Skylanders, Guitar Hero and Tony Hawk.

The company was bought by Activision in 2005 but the duo stuck with the team until earlier this year, when they left the firm after two and a half decades to found Velan Studios.

Nothing set in stone

As reported by Venturebeat, the brothers have yet to pick a platform to focus on, but could create games for mobile or VR. The new studio also doesn't appear to have a particular game idea set in stone, but rather plans to put together small teams to prototype new titles and see where the ideas take them.

The New York-based studio has six job vacancies open at the time of writing, though its website notes that it is willing to hear from prospective employees for roles not currently listed.