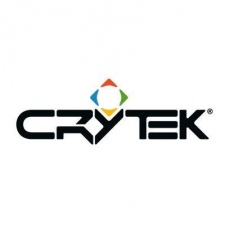 Multiple reports have emerged claiming that Crytek employees have been receiving their wages late or not at all in recent months.

Initial dubious claims on social media were made over the weekend that the developer and CryEngine maker hadn’t paid employees for some six months.

Such claims had almost been posted on Hacker News, while Glass Door reviews also allege that money hasn’t been paid to staff.

It is worth noting that Germany has very stringent employment laws relating to salaries and working hours, so claims of zero pay in the country are cause for skepticism.

Black Sea studio up for sale?

Polygon now reports however that a person “saying he is a current full-time employee” has contacted the site to claim that staff there have not been paid for two months, and have had delayed wages for the past five months.

Sources speaking to Let’s Play Video Games meanwhile have claimed that Crytek’s Bulgaria-based Black Sea studio, working on Arena of Fate, have not been paid for over three months.

Crytek is said to be attempting to gain a bank loan in Germany, but this has yet to happen.

The sources then claimed that Crytek Black Sea is up for sale and a “big name company” is already in talks to acquire the developer.

KitGuru also reports a source claiming that staff at the Frankfurt studio have submitted a letter to management to state they will stop work by the end of the week if wages for October, November and December aren't paid in full.

The problems echo the difficulties Crytek previously faced in 2014 when it emerged it was struggling to pay staff.

At the time, a source who had ties with the company's UK studio working on Homefront: Revolution told Develop that staff had not been paid in full between April 21st and June 27th. The problems resulted in around 40 employees allegedly leaving the company.

The studio was eventually sold to Deep Silver and renamed Dambuster Studios.

Crytek later signed a deal with Amazon to license its CryEngine tech, a move reportedly worth around $50 million to $70 million, which was used to create the multinational corporation’s own development tech, Amazon Lumberyard.

Though briefly pulling Crytek out of trouble, the studio is now seemingly struggling to pay its 700 staff around the world.

Crytek’s current only potential revenue generators are its VR titles Robinson: The Journey and The Climb, its free-to-play online shooter Warface and development tech CryEngine – which has shifted to a pay-what-you-want scheme following the Amazon deal, a risky strategy for the company.

It has other Arena of Fate and HUNT: Horrors of the Gilded Age in development.

PocketGamer.biz has reached out to Crytek for comment on the matter.

If you were affected by what is happening at Crytek, please contact craig.chapple@steelmedia.co.uk.

Crytek to close or sell off all studios outside Frankfurt and Kiev, reverts to premium games