Mobile Games Developer Trends: The opportunities, the threats and Brexit

From emerging markets to Brexits, a look at the industry in 2016 and moving into 2017 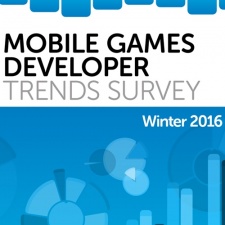 The mobile games industry is a fast-evolving sector and 2016 has been no different for these rapid new trends.

To get a broad look at how industry professionals in the thick of the action perceive the recent past and future of the sector, we conducted a survey of the business at large to take the temperature of the market at such an interesting time.

The report covers how companies have set themselves up, from the fields they operate in to their size, budgets and the most popular genres they work in, as well as the biggest challenges and opportunities across the globe.

Our survey included 250 people from the mobile games industry based in countries all around the world, including the UK, Nordic countries, the US, Canada, China, Japan, India and Australia.

Not registered? You'll need to sign up to the Pocket Gamer Business Network to read the full report for free. It’ll appear under ‘Your Downloads’ in the left column of your profile.

Most of the respondents in our survey had a generally neutral to positive outlook for the mobile games industry in 2017 (57.9%).

Industry professionals believe the biggest opportunities in 2017 will come from the growth of emerging markets, with 55.5% of respondents agreeing wit this sentiment.

Markets including China, Southeast Asia and India are continuing to grow at a rapid pace, and can unlock new opportunities for Western developers willing to localise and take on these regions.

Other opportunities include new monetisation methods – with ads becoming increasingly popular and valuable to developers – and real-time competitive multiplayer games. This is likely spurred on by the huge success of games like Supercell’s Clash Royale, which is thought to have grossed over $1 billion in less than a year after launch.

When it comes to the biggest threats facing the mobile games industry, fierce competition (51.3%) – specifically the number of releases on the app stores – rising user acquisition costs (51.3%) and rising marketing costs (47.1%) were the major concerns for 2017.

The issue of discoverability will be no surprise to many, a topic of debate for a number of years across platforms. But with that, and the deep pockets of the top grossers, the rising UA and marketing costs are making it increasingly difficult to bring users in to start generating downloads and, ultimately, revenue.

One of the major topics of debate in the UK is Brexit – the country’s decision to leave the European Union.

Over half (52.5%) of those surveyed thought that industry uncertainty in 2017 would be caused by Brexit, with 36.1% citing it as one of the biggest threats to UK games businesses.

Few believe Brexit will have a positive impact. Only 8% believe it could offer a growth opportunity and access to new markets.

The general outlook for the UK mobile games industry remains positive however, 57.9% responded as neutral to very positive, while just 13.7% had a negative outlook for 2017.

It should be noted though that 26% felt it was difficult to say, and their outlook would be dependent on the outcome of Brexit negotiations.

You can read the full Mobile Games Developer Trends Survey Winter 2016 report right here by signing up to the Pocket Gamer Business  Network.

What are the hottest mobile gaming trends right now? Tell us in our developer survey