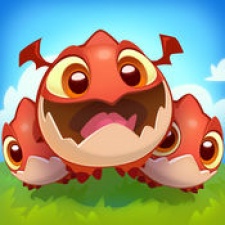 The first of its games to include in-app purchases, and the first release from Gram Games' London studio, Merge Dragons! is built around match-three puzzling but has a more complex metagame around collecting dragons and building a camp.

It was originally launched in 2016 as a solo project by San Francsico-based developer Ray Mazza, from whom Gram Games acquired the title.

Mazza has also joined Gram Games as Creative Director on the title ahead of this relaunch.

"This is our most exciting release to date, and our first IAP product. We’re looking forward to seeing where this game takes us.

"We believe that players from around the world will love and enjoy the story of Merge Dragons! as much as we enjoyed making it.”

The launch of Merge Dragons! comes in the same month as Gram Games' Bounzy!, which was released on June 15th.