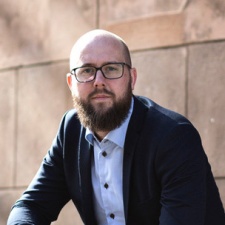 Kicking off the afternoon of the first day of Pocket Gamer Connects London 2018, Sybo CEO Mathias Norvig gave a talk on the current state of Subway Surfers and plans for the next three years.

The game was downloaded 37 million times in December 2017, thanks to a small influencer campaign and a teaser for upcoming animated content. Overall, the game his hit 1.8 billion downloads worldwide.

"All of that momentum we're riding on is tied to trends we're seeing," said Norvig, noting that skateboarding will be included in the Olympic games in 2020, something which Sybo is keen to latch onto in the build-up.

The rise of social media is also helping push the game, as subcultures and skater culture are becoming more widespread and accessible and more visible to a wider audience, and helping make it become mainstream.

To keep players engaged, the developers add a new setting each month, and continually add new characters, content, and rewards, which also draws in new players.

As well as the game, Subway Surfers is also moving into both animation, with a series due to launch in mid-2018, and licensing its brand for clothes and other merchandise. Sybo is also currently working on other games while maintaining its flagship title.

"Overall, we have sky-high ambitions," stated Norvig, adding that while the company is exploring multiple genres and multiple platforms, it still wants to have the most downloaded games around the world.