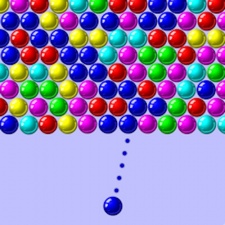 The Israel-based mobile games developer originally acquired the IP from online games company Absolutist in 2015, which had initially launched the game on Flash websites in 2002.

Ilyon’s Bubble shooter takes influences from the popular 90s arcade video game of the same name and plays like a classic shooter with the added twist that players need to match at least three bubbles of the same colour to pop them.

The title currently features over 2,000 levels along with a colourblind mode and daily rewards.

"The popularity of Bubble Shooter has been so exciting for our team to see and we are extremely grateful to all of our fans," said Ilyon CEO Yonatan Erez.

"While we will celebrate reaching 50 million downloads, our focus continues to remain on creating engaging, fun and exciting games for our users."

The origin of the team behind Ilyon is atypical. The hobbyist games developers formerly served in the Israeli army before turning their passion into their work in 2013.

If you’d like to find out more about the studio you can read our interview here.

Reply
jimmy acer games lover at bubble shooter
Bubble shooter is the only best game in this world which is providing you the best interface to play the best and the most antique game in this world which have no age boundaries to play and is played by all the people of different ages and races with the view of taking entertainment from it.
This is one of them which not only makes the childhood interesting but also motivates them to learn good things in their lives. For this is done through the magic- https://bubble-shooter.me/.
Posted 1 year, 8 months ago