Case set to rumble on after victory for the plaintiff 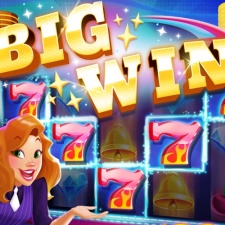 The Ninth Circuit of US Court of Appeals has ruled that Big Fish Casino constitutes “illegal gambling”, sending a case previously thrown out back into the courts.

As reported by Geekwire, the legal dispute began back in 2015 when a woman named Cheryl Kater sued then Big Fish Games owner Churchill Downs after spending $1,000 on virtual chips.

The claim said the chips represented “something of value”, which under Washington state law comes under the definition of gambling.

Specifically, the law describes gambling "staking or risking something of value upon the outcome of a contest of chance or a future contingent event not under the person's control or influence, upon an agreement or understanding that the person or someone else will receive something of value in the event of a certain outcome.".

The case had been thrown out by a US District Court Judge in Seattle after it was decided that the chips did not represent "something of value" as defined under gambling laws.

That ruling has now been reversed however following a successful appeal, with the "something of value" being defined in this case as the opportunity to play the game.

He added: “We therefore reverse the district court and hold that because Big Fish Casino’s virtual chips are a ‘thing of value,’ Big Fish Casino constitutes illegal gambling under Washington law.”

The case could have implications on a number of fronts. Big Fish Casino was recently acquired by Australian casino firm Aristocrat Leisure for some $990 million.

Should further rulings go in favour of the plaintiff it could greatly affect the returns on such a big deal.

On a wider industry level, the concept of virtual chips - or indeed virtual currency in general - being loosely defined as "something of value” under gambling laws could have a real impact on the mobile games industry where in-app purchases are prevalent.

It should be noted however that the case will likely need to go a lot further for there to decisive ruling that affects a company that ultimately runs a digital game at a national and international level, as well as impacting the industry at large.

Has Aristocrat hit the jackpot with its $990 million Big Fish Games acquisition?