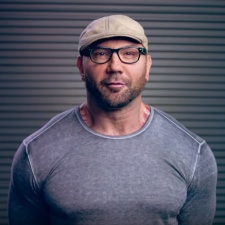 The partnership is a part of Marvel Strike Force’s True Heroes campaign and will see Fox’s games development studio donate up to $50,000 based on how many people watch its promotional video.

The video depicts the Guardians actor showing off the game while discussing the work Frankie’s Friends is doing to help animals.

Marvel Strike Force launched on March 28th and is the first mobile title from FoxNext.

The free-to-play squad-based RPG initially started development in Kabam’s Los Angeles studio in early 2016 before the majority of its assets were bought by Netmarble in late 2016. Twentieth Century Fox Film and Fox Networks Group would then pick up the LA studio and created the FoxNext Games division in early 2017.

In a recent interview with PocketGamer.Biz FoxNext GM Amir Rahimi noted that the change in ownership did not impact their day-to-activity and that Fox had been “very nurturing”.

Marvel Strike Force appears to have got off to a good start, and was certainly a favourite of our IAP Inspector.

How does Marvel Strike Force monetise?