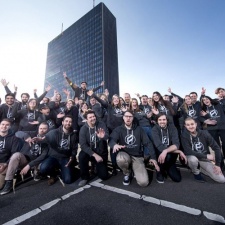 The list is chosen from longlist of 1,200 privately financed companies across Europe and is whittled down based on who the media company believes to be at the forefront of innovation and technology in their various industries.

Fluffy Fairy Games and TreasureHunt will now have the opportunity to showcase their studios to the US market at the Top 100 North America event in June. They’ll also get a chance later to compete internationally for the Top 100 Global in November.

“In 2018, selecting the top achievers was by no means a small feat,” said Red Herring CEO Alex Vieux.

“In fact, we had the toughest time in years because so many entrepreneurs had crossed significant milestones so early in the European tech ecosystem. But after much thought, rigorous contemplation and discussion, we narrowed our list down from hundreds of candidates from across Europe to the top 100 winners.

Red Herring has been running its list-based events since 1996 and has previously included mobile games publisher Supercell along with social media platform Twitter and music service Spotify.