But monetisation through Google Play will smaller less returns for developers 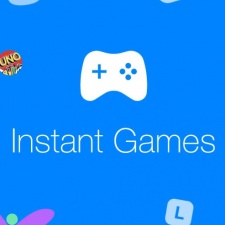 Facebook is set to enable in-app purchases on Instant Games in a move that could make it a significant platform for developers. But it comes with some caveats.

Six months ago the social networking giant announced that it was testing IAPs in select games. In that time it has rolled out ads-based monetisation.

Then in March Facebook opened up Instant Games for all developers to release titles on, but they could only monetise through the latter business model.

In-app purchases are finally set to be enabled for developers from May 7th however on Android and through the Facebook website itself.

How much will you earn?

That means developers effectively get a 49 per cent share of IAP revenue through Instant Games on Google Play.

There was no specific mention of in-app purchases being enabled on iOS devices though the company did say it was "exploring monetisation options on other platforms".

Google taking its regular cut and iOS's current notable absence appears to show a reticence by platform holders to cut down their typical revenue share terms to support what would effectively be a rival platform.

Developers can access documentation on in-app purchases ahead of their launch on Instant Games here.