Founding CEO is stepping back 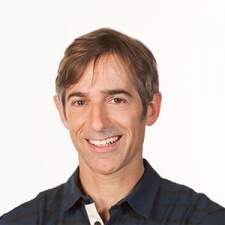 One of the oddities of Zynga’s corporate structure has always been co-founder and original CEO Mark Pincus’ power in terms of voting rights.

The company IPOed in 2011 with three different type of shares, each of which had different voting rights.

Most people owned standard ‘one share, one vote’ Class A stock, but thanks to his Class B and C stock, which had seven and 70 votes per share respectively, Pincus has always wielded majority control.

But that anomaly is no more.

Zynga has announced it will now have a single stock class structure, with Pincus converting all his stock to Class A.

Time for something new?

“When I hired Frank Gibeau as CEO in 2016, I found someone who had a love for games and a focus on live operations,” Pincus recalled.

“Since then, he’s built a strong management team and Zynga has beaten guidance for nine financial quarters."

He added: “I’ve stayed involved but with an eye to stepping back, and my decision to become a non-executive chairman and simplify my shares reflects my confidence in Zynga’s momentum."

Amongst other business interests, Pincus has been investing in blockchain projects including CryptoKitties developer Axiom Zen.

“It’s one of my personal passions and now I’ll be about to talk about such things as ‘Mark the individual’, not ‘Mark from Zynga’,” he said.

Mattrick out as Mark Pincus regains control at Zynga