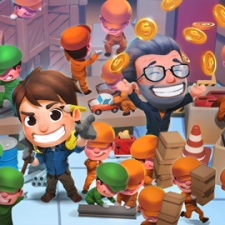 Available on iOS and Android, the factory simulation has players building up their own supply and product chains.

The title is a follow-up to the studio’s previous title Idle Miner Tycoon which has generated more than 30 million downloads to date.

"We’re overjoyed that players all around the world love Idle Factory Tycoon and are willing to show their love through App Store reviews, direct feedback and social media posts."

Fluffy Fairy Games CTO Oliver Löffler recently shared with PocketGamer.biz how the developer supports its games with regular updates to build success for the long-term.