Guns of Boom developer Game Insight has unveiled a string of new titles that expands its casual games portfolio and the ‘Boom’ franchise.

The line-up was revealed during a special livestream by PocketGamer.biz through Facebook Live. You can watch the recording on Facebook or in the embedded video below.

As well as exclusively announcing its 2018 line-up with us, Game Insight CEO Anatoly Ropotov also discussed the company's history, the thinking behind its latest announcements and offered thoughts on market trends.

Game Insight’s first flurry of announcements signalled a significant push into the casual games market across a number of genres.

Game Insight also announced Solitaire: Treasure of Time, which has just been released on mobile along with the other two aforementioned titles.

Tycoon game Trade Island meanwhile, an extension of the Tribez IP, is set for a global release in the next few weeks.

Regarding its more ‘hardcore’ games portfolio, following the success of FPS Guns of Boom - which is approaching 50 million downloads - Game Insight has plans continue updating the game and expand into esports.

It also aims to extend the ‘Boom’ IP to other titles.

These include turn-based strategy game Mercs of Boom (formerly known as X-Mercs); upcoming Xbox One, Apple TV and Android TV title Tanks of Boom; and a battle royale RTS for Survival Arena, Arena of Boom.

You can watch the full recording of the livestream below. 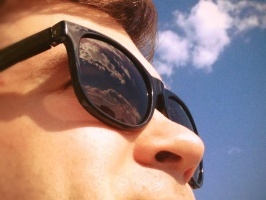