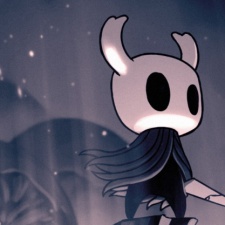 Australian studio Team Cherry released Hollow Knight on PC in February 2017. In November of that year, an Nvidia post announced that the title had racked up over 500,000 sales.

Since then, Hollow Knight has doubled that figure. The game hit the one million sales mark on PC a day before launching on Switch.

Nintendo of America president Reggie Fils-Aime announced the game was selling extremely well on the console, and across platforms the title has made over 1.25 million sales.

"Hollow Knight's success has in large part been driven by its many fans on PC, with the game having now sold over one million copies for Windows, Mac & Linux (crossing that mark just 1 day before the Nintendo Switch launch)," Team Cherry co-founder Ari Gibson told Kotaku.

“We've never publicly mentioned hitting the million mark on PC, so that is another big milestone! We hit that three weeks ago and it kinda flew under our radar because of the madness around E3/Switch launch.”