US publisher Scopely’s Yahtzee with Buddies lands on iMessage 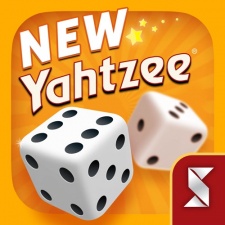 As part of the launch Real Housewives of Beverly Hills' Lisa Rinna and Kyle Richards have been made challengeable in-game characters.

Yahtzee with Buddies takes the traditional dice-based board game and brings it to mobile. The objective of the game is to rack up points by rolling five dice to make certain combinations.

The dice-rolling action game is also set to land on Facebook’s Instant Games in due course.

Following extensive testing, Facebook recently opened up its Instant Games platform to all developers in March, allowing them access to the platforms 1.3 billion monthly active users.

To date more than 200 games have been developed for the platform, including titles from Zynga, Game Closure, King, Spil Games and FRVR.

Instant Games are titles that can be accessed through Facebook Messenger and the News Feed on both mobile and PC. Unlike with regular mobile apps, these games do not require a download to play.

The Los Angeles-based publisher initially raised $60 million in Series C funding last year, but the round was heavily oversubscribed.

The money will be used to finance acquisitions and investments in games studios and intellectual property.

Following the various rounds of funding the company is now valued at more than $700 million.

Chat app gaming: Let us know what you think