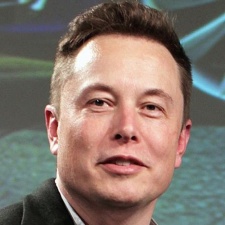 Supercell and Brendan ‘Playerunknown’ Greene have responded to a Twitter callout from Tesla CEO Elon Musk for anyone in games development to consider making games for the car company’s self-driving vehicles.

The electric car manufacturer wants to make “super fun” games that integrate the centre vehicle touchscreen, phone and car itself.

One tweeter called SadCookieCrisp responded in kind to query if Musk was angling for something like Niantic’s Pokemon Go.

To which Musk replied “something like that, but more of an adults in cars anime vibe”.

Mobile gaming on the larger scale

Twitter being Twitter, some of the games industry’s most prominent developers were on-hand to pitch their ideas or to register an interest.

PUBG developer Brendan Greene pitched a “top trumps-style” card game for Teslas stuck together in traffic, while Clash of Clans developer Supercell was also on hand to throw their collective hat into the ring… sort of.

If you don’t want to wait for a Brendan Greene-developed top trumps game or a Clash of Clans-style strategy title though, then you have a matter of weeks to wait for some Atari classics.

Musk confirmed that Pole Position, Tempest and Missile Command would be coming as ‘Easter eggs’ in the next Tesla release in four weeks.

However, while Pole Position will be linked to the car steering wheel the vehicle will have to be stationary. It’s probably for the best if we’re honest.