$20 million of which comes from the mobile version Animal Jam: Play Wild 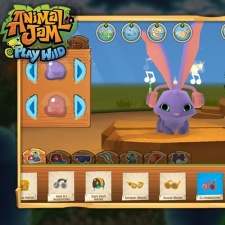 Launched back in October 2010, the online educational playground for kids is primarily focused at the eight-to-12 age group.

While mobile currently comprises 13 per cent of the game’s total lifetime revenue, WildWorks more users are mobile over to the platform.

Over the past 12 months alone mobile revenue has grown to 36 per cent of the game’s monthly sales and daily active users are now split evenly between web and mobile players.

Animal Jam is also said to have amassed over 100 million registered users across six languages on all platforms.

The US and Canada make up the lion’s share of players with 61 per cent, with US players also making up 79 per cent of revenue.

Meanwhile, Brazil makes up the second most significant contribution of players with 11 per cent of MAUs.

WildWorks further noted that 85 per cent of Animal Jam’s revenue comes from subscription sales, with the rest coming from in-game currency purchases and consumer product licensing.

Looking forward, WildWorks is bringing new augmented reality features to the app in its latest update, which will enable kids to create videos of their animal avatars and game environments in the real world.