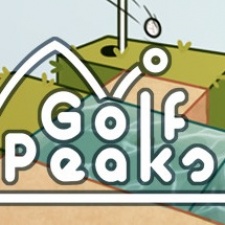 This year The Big Indie Pitch once again returned to the Game Industry Conference in Poland in order to shine a spotlight on all of the latest mobile indie talent in the region.

The pitch itself saw 12 developers battle it out to be crowned the winner, a title that was ultimately awarded to the quirkly sport-puzzle hybrid title Golf Peaks. A game all about climbing mountains through the power of Golf.

Of course, Golf Peaks as you already know was the winner, but we always award prizes for the top three. So read on to not only find out more about Golf Peaks, but also our second and third place prize winners too.

Golf Peaks is a small scale puzzle title. One in which you are tasked with climbing a tall mountain using only your sometimes dubious golfing skills. The game itself will contain more that 60+ hand-crafted levels for players to conquer using a unique card-based movement system, all of which will be layered with various obstacles. It's certainly quirky and unique, all of which attributed to why it really grabbed the judges' attention.

Runick is a puzzle game based around the idea of utlising rune infused cubes in order to tactically and correctly match the prints on the tiles to the prints of the playing board. It's sounds a lot more confusing than it actually is, as within Runick awaits a simple, yet challenging 3D isometric puzzle game. One with multiple solutions and a variety of ways to play.

Pixel Express is quite simply an arcade game all about trains. Within the game players are tasked with operating a variety of different railroads in order to safely and efficiently deliver cargo and complete the production chain. In doing this players will earn money that can be used to build up your own railway based town. What's more, as players progress through the game they will bare witness to the evolution of the railway system, all the way from the frontier days of the wild west, through to futuristic space based rail transport.