"The beauty of having your own IP is it allows you to test the way you want, challenge gameplay and create experiences maybe we couldn't get away with stakeholders" 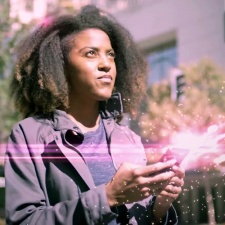 The title is the follow-up of its first AR title, Ingress, released back in November 2012.

While Niantic has since become famous as the developer of Pokemon Go and its work on the upcoming Harry Potter: Wizards Unite, it had still maintained live operations on Ingress.

That version will gradually be closed down in favour of Ingress Prime, which acts as an evolution of many of the ideas from the original.

Players are tasked with uncovering portals disguised as public art and landmarks, which they must then capture to extract the exotic matter that leaks from them.

There are two factions in the game, The Enlightened and The Resistance, that have different plans for the portals. The story will change depending on how users play the game and interact with each other.

Niantic aims to host a number of Anomaly events that will advance the story based on player actions. It plans to host 12 “large-scale” - three in each quarter - in Asia, Europe and the Americas. There will also be 100 smaller events taking place alongside these.

The first events will take place from November 17th in cities including Barcelona, Austin and Hong Kong. A full list of events can be seen here.

Niantic is also doubling down on Ingress’ comeback with the development of a new anime show for Netflix, set for release in 2019. The series is developed in collaboration with Fuji TV and Craftar Studios.

When asked why Niantic is keen to go back to its own, more niche original IP with Ingress Prime that might not achieve a level of success that might now be expected by onlookers, Ingress lead engineer Scot Frank said: “It’s important that we recognise Ingress isn’t Pokemon Go”.

“The beauty of having your own IP is it allows you to test the way you want, challenge gameplay and create experiences that maybe we couldn't get away with stakeholders,” he said.

“And while we love working with those partners, Ingress is awesome because it's our sandbox for Niantic. We love trying new ideas and while we do think that Ingress has a lot of potential, and that potential is definitely there because the game has been around for six years now, we do know that it will not be Pokemon Go size.

“But we do look forward to expanding the userbase and giving people a custom experience which isn't just based on IP but it is based on the way Niantic wants to build games.”

Frank added the team was confident it would find a big enough audience for the game, calling the original “wildly successful” with a “very high” retention of users. The game is still live and holds a community six years after release.

“We really think that for us, this is the second chance to retell the story of why people should fall in love with Ingress,” said Frank.

“We're not necessarily focusing on drastically changing the gameplay, what we're moreso focused on is rewarding our current agents with an improved experience, and getting those new players into an experience that hundreds of thousands and millions of people have loved for over six years.”

Augmented reality will be a hot topic of discussion at Pocket Gamer Connects London on January 21st and 22nd 2019.