Voodoo's portfolio of games builds up over 1.5 billion downloads

That number grew 50 per cent over the past four months 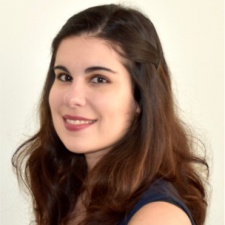 Hyper-casual games developer and publisher Voodoo has racked up over 1.5 billion downloads.

According to the Helix Jump publisher, the number of downloads grew over 50 per cent during the past four months.

During a talk called 'Deconstructing The Hypercasual Phenomenon', the pair delved into Voodoo’s growth since its inception in 2014.

Since then the French studio has published 64 games, with the majority of those coming from 2018 with 46 releases.

Its staff headcount has grown to 130, which is a 230 per cent increase from last year and it now has offices in Paris, Montpelier and Berlin.

"Berlin has a unique video games community that embodies a passion that is exciting and vibrant, while highly skilled," he said.

"It is also a community that has been supported at the highest levels by the government, which offers some grants and support for companies.

"Many games companies have also opened offices in Berlin, strengthening the sector and developing international recognition."