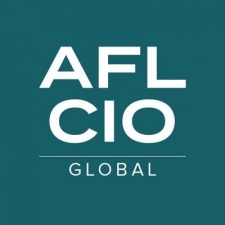 US labour organisation AFL-CIO has penned an open-letter to game developers advising them to unionise.

The letter (which can be read in full via Kotaku) has come to light after Activision Blizzard announced to cut eight per cent of its workforce after confirming “record revenue”.

The AFL-CIO is the biggest labour organisation in the US representing 55 separate unions, which accumulates to more than 12.5 million workers across the country.

AFL-CIO’s secretary-treasurer Liz Shuler spoke about how the video games industry accumulated 3.6 times greater sales than the film industry in 2018, however the benefits of these sales are not filtered down to the developers themselves.

“Executives are always quick to brag about your work. It’s the talk of every industry corner office and boardroom. They pay tribute to the games that capture our imaginations and seem to defy economic gravity. They talk up to the latest innovations in virtual reality and celebrate record-smashing releases, as your creations reach unparalleled new heights,” said Shuler.

“My question is this: what have you gotten in return? [...] They get rich. They get notoriety. They get to be crowned visionaries and regarded as pioneers. What do you get? Outrageous hours and inadequate paychecks. Stressful, toxic work conditions that push you to your physical and mental limits. The fear that asking for better means risking your dream job.”

Shuler added that “change will happen when you gain leverage by joining together in a strong union”.