Glu Mobile singled out by company as main competitor 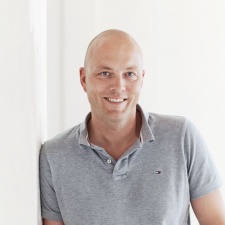 A new Helsinki-based studio called Reworks has raised $1.5 million in pre-seed investment as the company looks to challenge the “customisation games” market.

The studio is headed up by former Sumoing staff, who worked on mobile colouring game Recolor, which has accumulated more than 30 million downloads to date. The studio was acquired in 2017 by local developer and publisher Kuuhubb.

Reworks has soft-launched a free-to-play title that is centered on home design named Redecor. It aims to challenge the dominance of Glu Mobile in the space, which has found huge success with Crowdstar’s Design Home title.

“We believe the customisation games segment has room for an innovative and focused new-comer,” said Reworks CEO and co-founder Ilkka Teppo (pictured, main).

“Glu Mobile has been the category’s lonely rider, and we feel it’s time to bring new experiences for players.

“Knowing the global popularity of home decor, we believe there is demand for a next-generation home decor game. That’s exactly where Redecor will strike.”

“We are impressed by their vision and dedication in becoming the category leader in the mobile customisation games. The team has a track record in making hit creativity games, and Redecor’s early traction looks extremely promising. We are excited to see Redecor and the future games in full action.”

Pocket Gamer Connects was in Helsinki in September 2018 for a two-day conference. PGC is heading to Seattle on May 13th to 14th and will be back in Finland later this year.