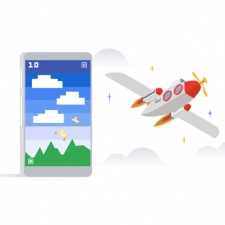 App Campaigns for engagement will place adverts across Google’s catalogue of products in a similar way to existing App Campaigns.

The key difference are the targets. App Campaigns for engagement aim to re-engage customers who may have tuned out of an app or product for a while by giving them interactive reminders across their Android experience.

They can also be used to encourage people to start up an app they may have downloaded but have yet to open.

Tune out, turn off

Google also detailed a new smart segregation tool that tailors ad frequency based on how often a given player is dropping down cash on a game or app.

Smart segregation aims to improve retention by reducing or removing entirely in-game ads if a player is already spending money on in-app purchases. Similarly, those who aren't likely to spend will then get ads displayed to them.

“Our internal data shows that, on average, less than four per cent of players will ever spend on in-app items," said Google mobile app advertising VP of product Sissie Hsiao in a blog post.

"One way to increase overall revenue is through ads. However, some developers worry that ads might hurt in-app purchase revenue by disrupting gameplay for players who do spend. What if you could just show ads to the players who aren't going to spend in your app? Good news - now you can.”

More information on App Campaigns will be shared at the Google Ads keynote at GDC next Wednesday.