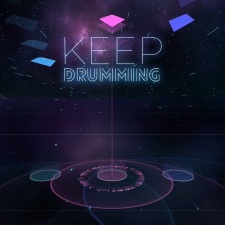 In what has become a Pocket Gamer tradition last week saw the team head over to the Game Developers Conference in San Francisco and, as always, a key part of that is highlighting all of the amazing indie talent on display through The Big Indie Pitch at GDC. A compeition that this year was returning to San Francisco as a part of GDC week for the seventh year in a row.

For those not in the know though, The Big Indie Pitch is a regular event run by the makers of PocketGamer.biz. It gives indie developers the chance to pitch their games to industry experts and journalists in a speed-dating-styled format.

This time around we saw massive 25 exciting indie developers take to the floor to showcase their latest developments to a room of expert judges in what can only be described as one of the most competitive pitches ever.

From crossword mazes, to a voyage deep into an icy abyss, and even the ability to take over life itself, this pitch showcased a wide range of experiences and gameplay and meant that whoever came out the winner really had to wow the judges.

So who did come out as the winner? Well, this time that champion was former Big Indie Pitch at Pocket Gamer Connects San Francisco runner-up Highkey Games with its new rhythm title Sound Sky.

Interestingly, Highkey Games wasn't the only former finalist to return with a new game and snatch a prize, as Computer Lunch was awarded the second place prize for their organism-inspired idle game Cell to Singularity: Evolution Never Ends.

Finally, the team at new pitcher Lunar Games were able to make their first pitch a memorable one, as they took away the third place prize for their geometric physics puzzler String Theory.

Interested to know more about these three prize-winning games? Well if so, simply read on.

Sound Sky allows players to explore an entire universe entirely made of music. As you travel between the game's hundreds of planets you'll be tasked with learning each planet's unique song, before playing it back using the drums in front of you.

However, as you increasingly get the hang of the song, the notes will gradually fade away, allowing skilled players to complete levels without even looking at the screen.

So, close your eyes, feel the music, and get ready to travel to places far and wide in this blend of relaxation, challenge, rhythm and exploration.

Ever wanted to explore evolution from the very beginnings of life as a single cell organism? Well if so then Cell to Singularity is for you. In this idle game players start at the very beginning of life, with the aim of ultimately taking over an entire planet with a civilisation on the brink of technological singularity.

Throughout the game, players will be able to upgrade their biology, intellect and technology, whilst also exploring the great milestones of evolution through the simple click.

Cell to Singularity doesn't just explore what we know, it also challenges players to go beyond what we know and beyond the planet Earth. Life always finds a way after all.

String Theory is a geometric physics puzzle game one in which players must manipulate strings in order to help Eva escape the second dimension!

Simple, yet rich and intuitive, String Theory boasts far more than just strong gameplay. As this new title for all platforms also holds a deeps sci-fi narrative, one which is told primarily through abstract visuals, alongside an all-star cast of developers who have worked previously on the likes of Ori and the Blind Forest and Horizon Zero Dawn.

Those who love simple yet deep gaming should definitely keep their eyes peeled as development progresses on Lunar Games' latest title.