Nevaly MD looks into the benefits of sponsored videos 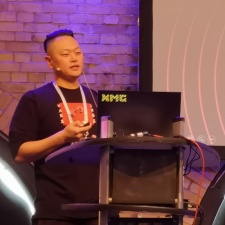 42.98 per cent of influencers will make an additional video for a game after being paid for the first one.

That’s according to data from influencer marketing firm Nevaly, whose MD David Kim was speaking at Quo Vadis 2019.

During his talk, he covered many of the benefits of using sponsored video content online to promote your game.

He noted virtues that set sponsored videos apart include:

The cost of running an influencer marketing campaign on streaming channels