Game set for soft launch in the summer 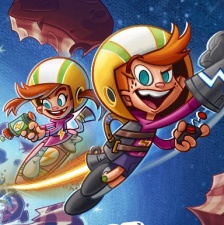 The game appears to keep some of its platforming elements, with bot solo and multiplayer modes.

In single-player, players can engage in a story mode that tells classic and new tales, while there is also a real-time PVP mode. Players must use the various gadgets at their disposal to make their way through levels and defeat opponents.

The free-to-play game is being developed by ZeniMax Online Studios, rather than original studio id Software.

Commander Keen is coming to both the App Store and Google Play and will soft launch in the summer.

The title was unveiled during Bethesda's E3 2019 press conference, which found a lot of time for mobile-related announcements having opened the show with The Elder Scrolls Blades and later delved into new updates for The Elder Scrolls Legends.