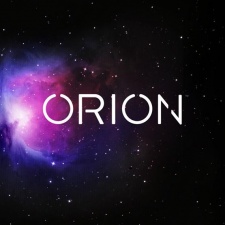 Announced during the publisher's E3 2019 press conference, Bethesda director of publishing James Altman said Orion was the name for a group of patented technologies aimed at optimising game engine performance in a cloud environment.

The tech can work with any game engine, any game and on various streaming platforms such as Stadia, xCloud or another service.

Bethesda showed off Doom 2016 being streamed to a mobile device at what it claimed was 60 frames per second "without perceptible latency".

"We used our expertise in developing game engine software and took a different approach," said Duffet.

"By incorporating Orion technology at the game engine level we’re able to stream game content up to 20 per cent faster per frame, leading to a dramatic reduction in latency.

"In addition, an Orion enabled game can stream with up to 40 per cent lower bandwidth and happily for game developers Orion technology is easy to integrate with your game build with our SDK."

Players who register to the Doom Slayers Club tonight will be in with a chance of taking part in the trial of Orion, which will stream Doom 2016 to various devices.

The first trial will take iOS devices (iOS 11 and upwards) before the tech eventually heads to other platforms such as PC and Android.