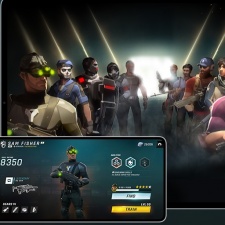 The 5v5 squad battler will feature a campaign, PvP and guild versus guild modes. The title brings together various characters from the Rainbow Six, Ghost Recon, The Division, Splinter Cell and more for players to collect and upgrade.

You can view a trailer of the game below.

Elite Squad is "coming soon" to the App Store and Google Play. Players can pre-register on the game's website ahead of release to unlock an exclusive character at launch.

The title has been developed by Ubisoft's Paris-based Owlient studio, which it acquired back in 2011.

Ubisoft has previously attempted to bring the Tom Clancy IP to mobile with the ill-fated Shadowbreak, which combined first-person shooting with real-time tactics.