Studio claims debut title Million Lords has 35 per cent day one retention and average revenue per daily active user of $0.50 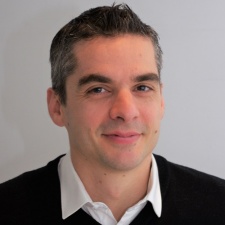 French games start-up Million Victories has raised $1.4 million in funding to scale up its team and marketing campaign for its debut strategy title Million Lords.

The studio is headed up by CEO Benoît Ducrest, who has experience in founding and supporting early-stage tech companies. Fellow co-founder Celine Espiet-Allary, previously of HP and the co-founder of Buzzinbees, is head of finance at the firm.

The studio’s debut title Million Lords is built like a 4X strategy game but offers real-time PvP battles on servers with millions of other players.

Speaking to PocketGamer.biz, CEO Ducrest said the team wanted to do something “very different” in the mobile games market and has taken inspiration from classic PC strategy titles while ensuring the title is fit for mobile.

“For me, it's very frustrating to have timers, it's kind of an easy game design,” he said.

“So we wanted to remove this and let you play a long session if you are able to, or a short session.”

Ducrest said the game does away with much of the management gameplay typically found in mobile 4X strategy titles. The fun instead comes from the strategy and battles.

“Many players find it's the more exciting part, not on the management part, because there are already many games with a lot of management,” he explained.

Ducrest refers to Million Lords as more like a casualised 3X strategy game, built for a midcore audience. He claimed one of the advantages to this is making user acquisition costs lower than the high price associated with focusing on bringing in hardcore players for 4X games.

Million Lords is currently in beta testing and has 100,000 players. The game is said to already nearly be ROI positive, with 35 per cent day one retention and an average revenue per daily active user of $0.50.

“We are very proud of the universe we have created, it's very unique too,” said Ducrest.

“I think it's very beautiful and we are very confident we are going to be able to exploit the universe and the lore for this game and other games to come.”

Million Lords is set to launch globally in September 2019 on iOS and Android.

The beta is already live Google Play and the App Store.