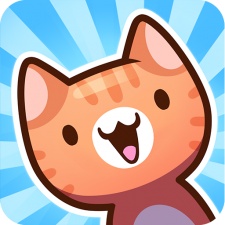 Tilting Point has put together its largest user acquisition deal yet after backing developer Mino’s collection title Cat Game to the tune of $30 million.

The game has just been launched globally on iOS and Android following a soft launch period in Canada and New Zealand where it peaked in the top 100 grossing app rankings. Cat Game tasks players with collecting cats, caring for them and building a cat tower.

“Cat Game is a blast so it’s not surprising that Mino Games has been so successful with the soft launch,” said Tilting Point CEO Kevin Segalla.

“Now that it’s available to players all over the world, our $30m in UA funding - which is our largest commitment to date - will take the game to incredible new heights.

“We really fell in love with charm, the colourful aesthetic and the ever-changing gameplay of Cat Game, so we are excited to turbo-charge its growth, and we are certainly looking forward to a long and successful relationship with Mino Games.”