Announcement could be made at Pax West, according to Yacht Club Games COO James Chan 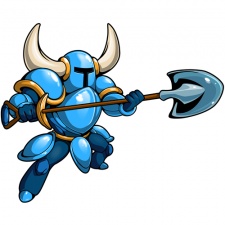 A Shovel Knight game specifically designed for mobile has been confirmed to be in the works for the platform.

Speaking to PocketGamer.biz at this year’s Gamescom event in Cologne, Yacht Club Games COO James Chan revealed that ‘The Blue Bomber’ will be making its debut on mobile in the near future.

Though no details of a specific launch date were disclosed, an announcement could be made at PAX West 2019, which takes place from August 30th to September 2nd.

Shovel Knight is a 2D side-scrolling platformer that originally began as a Kickstarter before going onto release in 2014 on 3DS, Wii U and PC.

Subsequently, the indie darling launched across 12 major platforms and has dug its way to 2.5 million copies sold worldwide.

"Shovel Knight: Treasure Trove as it is, we feel it would detract from the experience. You cannot play it with a controller so we do not want to give someone a subpar experience by having something that requires that much precision with a touchscreen.

Chan added: “That said, we do hope to eventually bring Shovel Knight as a brand to mobile."

A board game version of the title called Shovel Knight: Dungeon Duels recently surpassed its Kickstarter fundraising goal of $59,000, going on to reach $70,000 in its first week.

You can check our more of our Gamescom 2019 coverage throughout the week right here. Don't forget to check out the big stories from Devcom 2019 here too.