“More women are playing games than ever before” 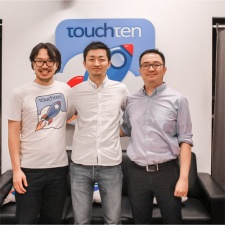 Mobile games company TouchTen has secured funding to aid in the growth of women’s mobile games.

“Gaming has often been considered a male-centric pastime, but our world is changing,” said TouchTen CEO and cofounder Roki Soeharyo.

“Today, half of all mobile gamers are female. And the data shows despite lacking content that appeals to them; more women are playing games than ever before. This is what truly excites our team—to bring joy to underserved players globally through games that we love.”

Prasetia CEO, Arya Setiadharma added: “TouchTen has extensive experience in developing mobile games. Prasetia is excited to join this round because we believe TouchTen is the perfect team to tackle the huge market of female mobile gamers.

“TouchTen is very data-driven in developing their games, and this is what we find most attractive about the company.”

The company saw its revenue increase by 238 per cent, while its user base also grew by 93 per cent.

TouchTen has a new flagship title on the way, a puzzle game featuring pets. On top of this the mobile games firm is said to have an unnamed project set to hit the Indonesian market at the end of 2019.