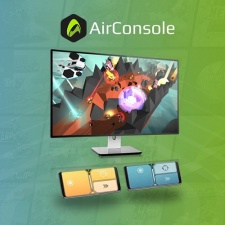 Cloud-based games service AirConsole has raised $3 million in a Series A funding round.

The technology transforms any laptop or AndroidTV into a gaming console with smartphones as the gamepads.

Investment for the Zurich-based tech firm was led by Ringier Digital Ventures with participation from new clients, such as the Swiss Founders Fund, EquityPitcher Ventures and Alpana Ventures.

Funds raised will be put towards growing AirConsole’s game library as well as developing partnerships with television operators and manufacturers globally.

Founded in 2015 by former Google tech lead Andrin von Rechenberg, more than 4,000 developers worldwide have co-created games that have been published on AirConsole, which claim to be played by over five million players from 190 plus countries.

“We have developed an ultra-low latency mechanism: Input arrives faster than the computer can draw the next frame, making e.g. reactions in games instant, which particularly in faster games such as car races is of critical importance,” said von Rechenberg,

Ringier Digital Ventures chairman Thomas Kaiser added: “Digital casual gaming is a huge trend globally and TV set-top box operators are looking for new ways to differentiate themselves from the competition and to stay relevant.”

“AirConsole is a fantastic opportunity for these partners and will give AirConsole’s game publishers a boost in audience for their games”.