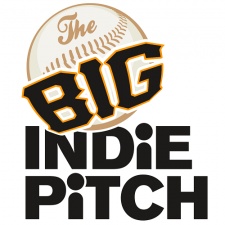 2019 has been one hell of a year for the Big Indie Pitch, with a variety of quality indie titles being highlighted and walking away with prizes.

What’s more, since August 2019 we’ve hosted not one, not two, but four pitches across Europe.

For those not in the know though, The Big Indie Pitch is a regular event run by the makers of PocketGamer.biz.

It gives indie developers the chance to pitch their games to industry experts and journalists in a speed-dating-style format.

Across all of these pitches, we saw more than 55 developers from across the world take to the floor to showcase their latest developments to our panel of expert judges.

From Skeletal adventures in Skellboy, to gourmet puzzling in inbento, and even as far as Gridpunk, a neon-infused PvP battler, the Big Indie Pitch really has seen it all recently, and now you can too, as we run down all the prize winners from our recent travels across the great continent of Europe.

The Big Indie Pitch at Gamescom 2019

Skellboy takes players to the once peaceful Cubold Kingdom, as Skippy the unconventional skeleton sets off on a quest to prevent a distraught and upset court magician from unleashing his revenge on the world through an army of monsters and the undead. A story that the developers are telling through a family-friendly cute art style, alongside healthy doses of comedy and relatability.

On top of this, the developers have really taken advantage of Skellboy's unique skeletal form within the game's action-RPG gameplay. As such, players will be able to switch and swap out a variety of body parts in order to gain new skills and abilities, alongside a range of different weapons. All of these will be required if players want to help Skellboy save the Cuboid Kingdom from impending disaster.

Forge Quest takes the deep and immersive RPG genre and squeezes the experience into pocket form whilst also combining it with common mobile gaming mechanics. As such, in Forge Quest players must carefully merge materials in order to craft new weapons and gear, before suiting up and heading out to take on a range of enemies.

Additionally, players will also be able to create unique and different teams on their adventure. All in all, when combined with the game's high polish, this never before seen blend of mechanics is something that certainly caught the judges' attention.

If you couldn't guess by the name, Idle King places a heavy amount of emphasis on the hugely popular idle gameplay mechanics. However, unlike a lot of other games on the market, Idle King has wrapped this experience with a deep and engrossing story. One in which you are placed in the shoes of the Idle King who is on a quest to rescue the Princess and grow the Kingdom in the process.

Of course, as the adventure progresses players will be able to visit a variety of kingdoms, including those populated by dragons, and one deep underwater. Finally, developer Motap promises to keep the keep fresh through regular updated and additions.

Much like a visit to an art gallery, Please, Touch The Artwork promises players a relaxing, inspiring and educational experience. One based around solving a series of puzzles based on famous abstract paintings. However, unlike a relaxing trip to an art gallery, this game encourages you to get your hands all over the art in order to solve these puzzles.

Initially, the game's first season is set to contain three mini-games all based around the art of Piet Mondrian, one of the founders of the abstract art movement. Each of these mini-games will use puzzles and narrative in order to tell the story of not only the art movement but also Mondrian's story, and even an independent story set in 1940s New York.

Featuring more than 100 elegant stylistically designed puzzles, alongside one-touch controls, procedural generation to encourage replayability and uniqueness, and the promise of more seasons to come, Please, Touch The Artwork more than grabbed the judges attention, and much like a classic piece of art, promises to linger long in the memory.

Idle Commando takes everything retro and wraps it within a modern idle clicker mechanic. As such, players can look forward to a healthy dose of 80's inspired retro action. One in which a suitably macho group of army veterans head deep into enemy territory in order to take down their opponents and save the world.

inspired by classic movie franchises such as Rambo and Commando, Idle Commando features a fitting pixel art aesthetic alongside simple and intuitive gameplay. Furthermore, those interested in jumping in will not only be able to find the game on mobile platforms but also as an instant game for Facebook Messenger.

Ever wanted to own and run your own fashion store? Well if so, Fashion Boutique Story is the game for you, as in this cross between the hugely popular Homescapes and Love Nikki, players are able to not only lead their own fashion house but also style both customers and the store itself.

In fact, the game places considerable emphasis on ownership and being in control, something which was seen as a huge strength by the judges. Additionally, the developer has taken great care to make sure that the gameplay complements the world within the game in order to aid the immersion and enjoyment in the game.

Those who take a keen interest in the pitch will notice this isn't the first time Afterburn have taken home one of our prestigious baseball bats for winning a pitch. In fact, this is the second year in a row that they've won our GIC Big Indie Pitch, thus entering a very prestigious club that includes some of the pitch's most successful developers.

This time though they've brought to the table a very different experience to Golf Peaks. Set to a heartwarming tale of parenthood, this year's winner inbento challenges players with preparing lunch boxes, doing so through more than 100 handcrafted food-themed puzzles. On top of this, unlike many puzzle experiences, Afterburn have also taken great care and attention when developing the story, and as such are promising a cute and cuddly narrative that promises to immerse and draw in each and every player.

Pixboy is a game with a focus on taking players back to the early days of mobile gaming. In fact, not only does the game features pixel art and a chiptune soundtrack, but it's also been developed in two retro colours in order to resemble the screens found in old Nokia phones.

The gameplay also squarely focuses on classic and gameplay through its simple and intuitive platforming action across 40 levels of increasing difficulty. This difficulty not only includes new environmental challenges and gameplay mechanics but can also be found in the quest to discover as many of the 100 plus hidden rooms as possible.

Taking inspiration from the likes of Monument Valley and Lara Croft Go, Sole Light is an isometric puzzler set within an Orwellian dystopian society. In fact, through the blending of story and gameplay players will be able to fully explore the dystopia they find themselves in, through environmental puzzles and a distinct narrative.

Players will also be able to approach the game based on their own personal preferences. This includes the ability to hide in the shadows, make yourself known, or maybe even just have some fun. The final version is set to contain over 36 levels across six chapters and will feature an immersive soundtrack that promises to complement the experience.

Gridpunk is an intense and action-packed real-time multiplayer battler. One in which players must combine skill and reflexes with strategy and tactics in order to battle their way to becoming the best in the world.

Set in a neon-infused environment, players can also look forward to collecting skill-based rewards, alongside new cards that can be used to unlock additional weapons and further grid abilities, both of which will be essential for victory. Finally, the game is presented in an extremely stylistic manner, meaning win lose or draw the game never loses its style.

Much like Gridpunk, Cryowar is also a PvP multiplayer arena battler. However, in Cryowar players take to the gladiatorial arena and must take down their opponents using a range of physical weaponry such as swords and spears, alongside godlike abilities.

Additionally, Cryowar not only features one on one combat but also three and four-way duels, and even tag team matchups. There's also a range of different objectives including deathmatch, capture the flag, control, and hunt. Finally, the game features top of the range visuals and a commitment to never implement pay to win mechanics.

Race Duels is a PvP mobile racing game, one with a considerable focus on innovative car physics, something which the judges described as some of the best they'd ever seen on mobile. As such, players can expect to find natural and intuitive gameplay, alongside the ability to use acquired skills in order to stand above the crowd.

On top of that, the developer is looking to make further developments focused squarely on making Race Duels the most intuitive and mobile-focused racer on the market. So, if you're a fan of racing games in general and are looking for more of a challenge, then Race Duels may be one to watch out for in the future.