"It's been an amazing journey" 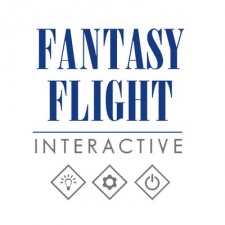 Studio head Tim Gerritsen confirmed the news (via LinkedIn), confirming the decision to close the firm next month. Launched in 2017, Fantasy Flight Interactive only produced one game during its lifespan, The Lord of the Rings: Adventure Game, which launched on PC and consoles, including Switch.

The company is owned by French publisher Asmodee Digital, which specialises in adapting tabletop board games into digital releases on mobile and consoles.

"It's with great sadness that I have to report that the decision has been made to close Fantasy Flight Interactive next month," wrote Gerritsen.

"I'm proud of the team and the game we've dedicated ourselves to for the past few years. It's a been an amazing journey with even more amazing people. I'm going to do my best to get my team placed in new positions."

No further information was revealed concerning the future of The Lord of the Rings: Adventure game.